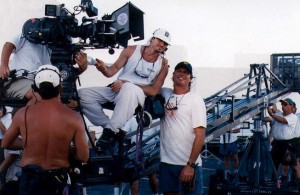 Petroglyph Entertainment was founded in 2005 to develop, produce and distribute film and television content while developing the Florida film production landscape. It was founded by a team of film industry veterans including Dawson Peden, a long-standing producer and CEO of Peden Entertainment, and Egon Stephan Jr., cinematographer and owner of CineVideoTech, a motion picture equipment rental facility largely responsible for supplying every major television, feature film, music video and commercial production in South Florida over the last 43 years.

Petroglyph Entertainment’s mission is to bring together the most talented, creators, technicians and talent to produce the highest quality entertainment from its Florida base. Florida has long been known as a location state – boasting top-level crew and talent, but lacking in distribution and financing ability. Petroglyph was formed to develop that infrastructure and produce completely independent, profitable and successful projects.

Petroglyph Entertainment has key partners in place that set them apart from any production company/studio before it. Our strategic partners allow us to develop films with production value that far exceeds the production’s actual budget. Making the project attractive and financially viable for distributors. 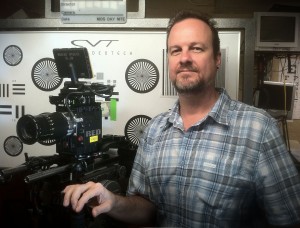 Dawson has managed and overseen a diverse array of businesses, the most recent of which is Petroglyph Entertainment, LLC. He currently servers as Producer for this production company and has produced an array of productions including, feature films, music videos, short films, event productions and television commercials. Previously he served in upper management roles at the following companies: Titanium Creative, LLC (2000-2003) a Production and Talent Management Company. PremaNations, Inc.(1996-2009 board member) created in 1996. He held the poisition of Vice President and was a member of the Board for this children’s entertainment company located in Florida and California. PremaNations have produced two internationally-marketed children’s books and an Animated TV Pilot along with ancillary products.

Dawson has extensive credits on feature films, television shows, commercials and music videos. He has worked in the entertainment business for over twenty years and with some of the many talented people of our time: Tiger Woods, Cal Ripken, Oprah Winfrey, Cindy Crawford, Gloria & Emilio Estefan, Ricky Martin, Haskell Waxler, Jordan Cronenweth, Conrad Hall Sr & Jr, Paul David Pope, Paul Newman, Jeff Gorden, Alex Zanardi, Jimmy Vasser and the Backstreet Boys, to name a few. He takes on projects that have meaning and strength. He is outgoing and very passionate and persistent with projects and building his team; he is a true team player always supporting his colleagues and coming in on budget with his projects.

Personal Achievements: Key to the City of Pompano Beach, FL, Generous Contribution Award from the Pompano Beach Fire Department and an Award Presenter for the Brazilian Film Festival of Miami. 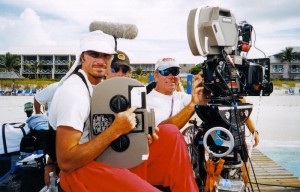 After a six-year stint as the camera rental manager of CineVideoTech, he pursued his love for film in the field, running up an impressive list of credits. He worked his way up from technician to second assistant, second to first, first to operator, operator to second unit Director of Photography, second unit DP to Director of Photography on his first feature film, “Jungle Juice”, starring Christopher Walken, Morgan Fairchild, Robert Wagner and Rutger Hauer.

You can view his extensive résumé on IMDB